Facing the new building of the Algiers Opera, it was asked a concert hall with capacity for 12000 places, some auditoriums and a great flexibility of use for various types of performances.

The proposal that we presented, came from the idea of sea shells, which form suggested us the possibility of creating large spans without central supports, and from that shell idea to solve the adjacent functional support in its relationship with the land and also a big restaurant in its highest point.

The foyers were developed under the stands at the periphery, with visual relationship with the exterior, and in collaboration with Arsuna ,various solutions of layouts in plant were developed, that would respond to all types of entertainment required in the program. 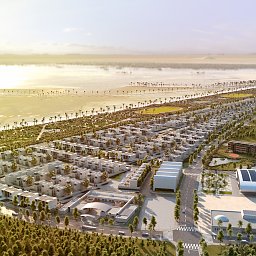 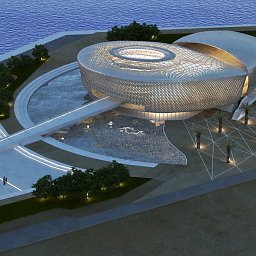