Think villas for a natural environment such as the Troia Peninsula, led us from the beginning, to think in a solution of great openness of the interior with the surrounding space, in which the presence of the sea and the sky, of the beach and the green, would determine the organization of the spaces.

We also thought that the architectural image should not be too imposing asserting only as a "shelter", although comfortable and even exquisite, making the necessary counterpoint to accentuate the notion of comfort , framing the natural environment.

At the beach house, it´s all organized around the outside space with a pergola, using materials, textures and colors that integrate as much as possible in the countryside.

Visual transparencies, high double ceilings in the rooms, sub-scales in the articulation of volumes, were the lexical grammar of architectural composition of each of the typologies that we had to study, but it remained a central thread in conceptual reasoning.

The materials and colors used in all of them are the same, equivalent details , rhythms , varying only in fair measure of the different programmatic solutions, but always with the idea of creating fluid spaces, with the largest size possible and with a large conceptual divestiture. 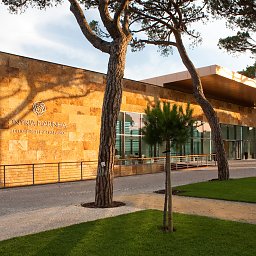 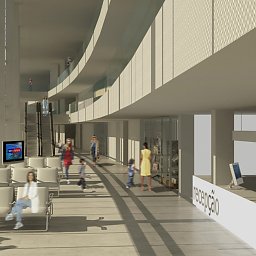