In another recent and important access to the Algiers Metro, was tendered a similar program at El Harrach, but in a narrower plot and compressed between the Metro line and a long almost parallel Avenue.

The architectural solution proposed , responding to a high density program, tried to take advantage of the functional overlaps and views in depth on the sea, from the highest floors of housing. 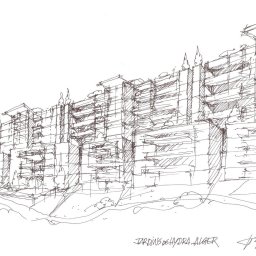 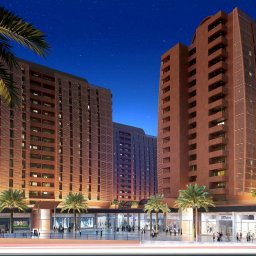